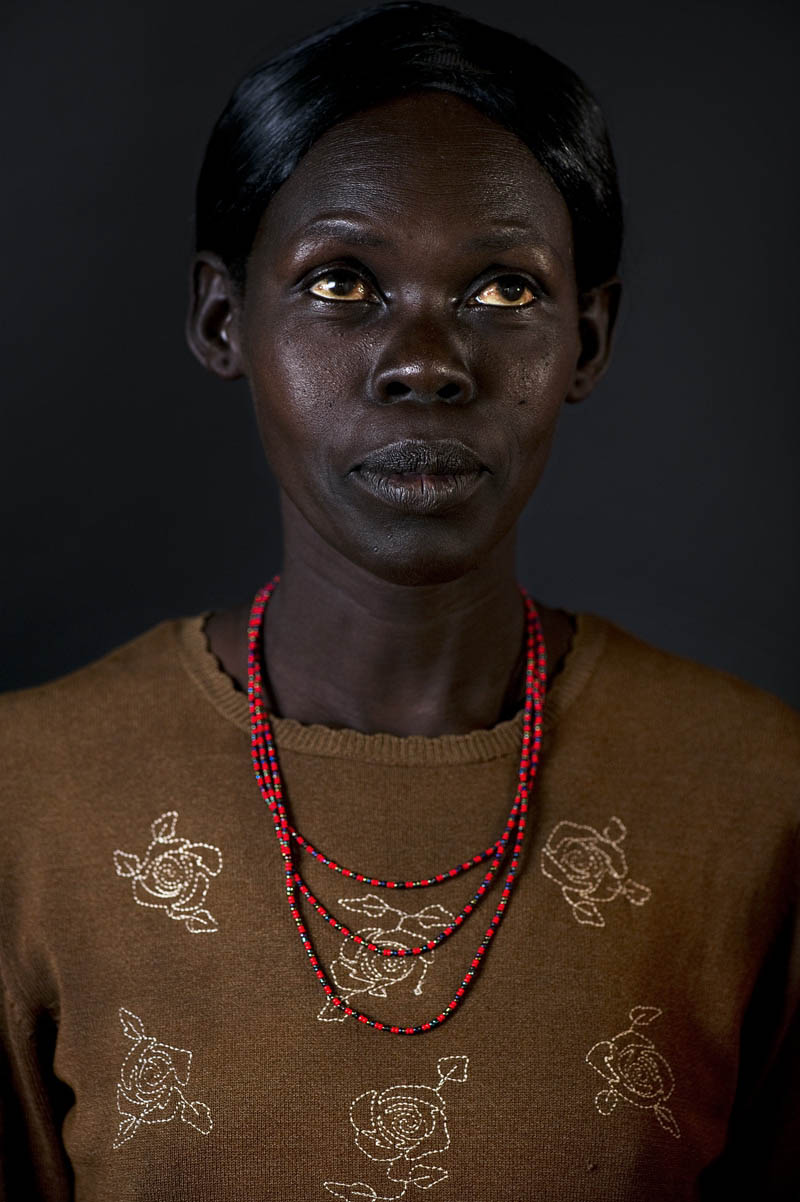 “During the war, I went to Uganda and stayed in a refugee camp called Acholpi. In Acholpi we were given food and we also cultivated because this food was not enough. We were forced to run from there when the Lord’s Resistance Army (LRA) came. They were shooting at people, and people were running to the bush. There was nothing to eat, children were crying from hunger. The second time they came back they started setting houses on fire in the refugee camp and in the army barracks. We fled to the bush. When we came back we found the health centers and the primary schools were all burned and the commander of the area decided the camp would be moved. My husband said, ‘life is becoming terrible, we have to do what we can to protect ourselves.’ The other refugees were moved from Acholipi and we went back to South Sudan on our own.”